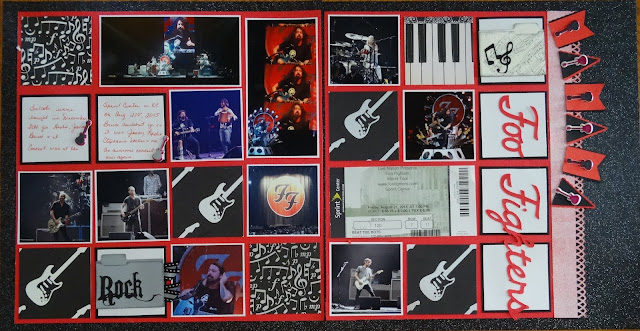 I got to go to one more Foo Fighter concert with my daughter in August.   The first concert we ever went to together 15 years ago was the Foo Fighters.   This was my 3rd, but being this is by far and forever her favorite band she has been to probably close to 20.   Everywhere she has lived and then traveled to some too.    Here in Kansas City, St. Louis, NYC, Toronto, DC Baltimore and even London.   Multiple times in some of these cities and also other places I don't remember.

I took so many pictures and was waiting for just the right sketch so I could use a big variety.
So even though I had already made a sketch for the DT reveal on 9-15 at "LET'S SCRAP" I decided to go ahead and make another layout using the sketch since I could uses such a variety of pictures.
SO if you also have a lot of pictures from an event that you have been wanting to scrap then this is the one for you.   I used a few more pictures than the sketch shows but as always just do your take on the sketch even if you decide to only do one side of the double page sketch.

Check out the sketch below and then go to "LET'S SCRAP" to check out all the details.   Unity Stamps is our prize sponsor this month. 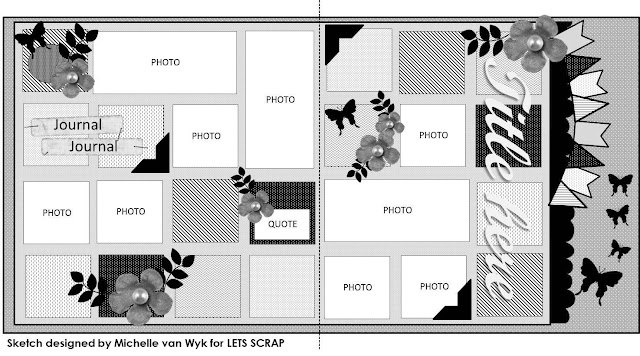 Posted by Barbara Greenberg at 12:00 AM