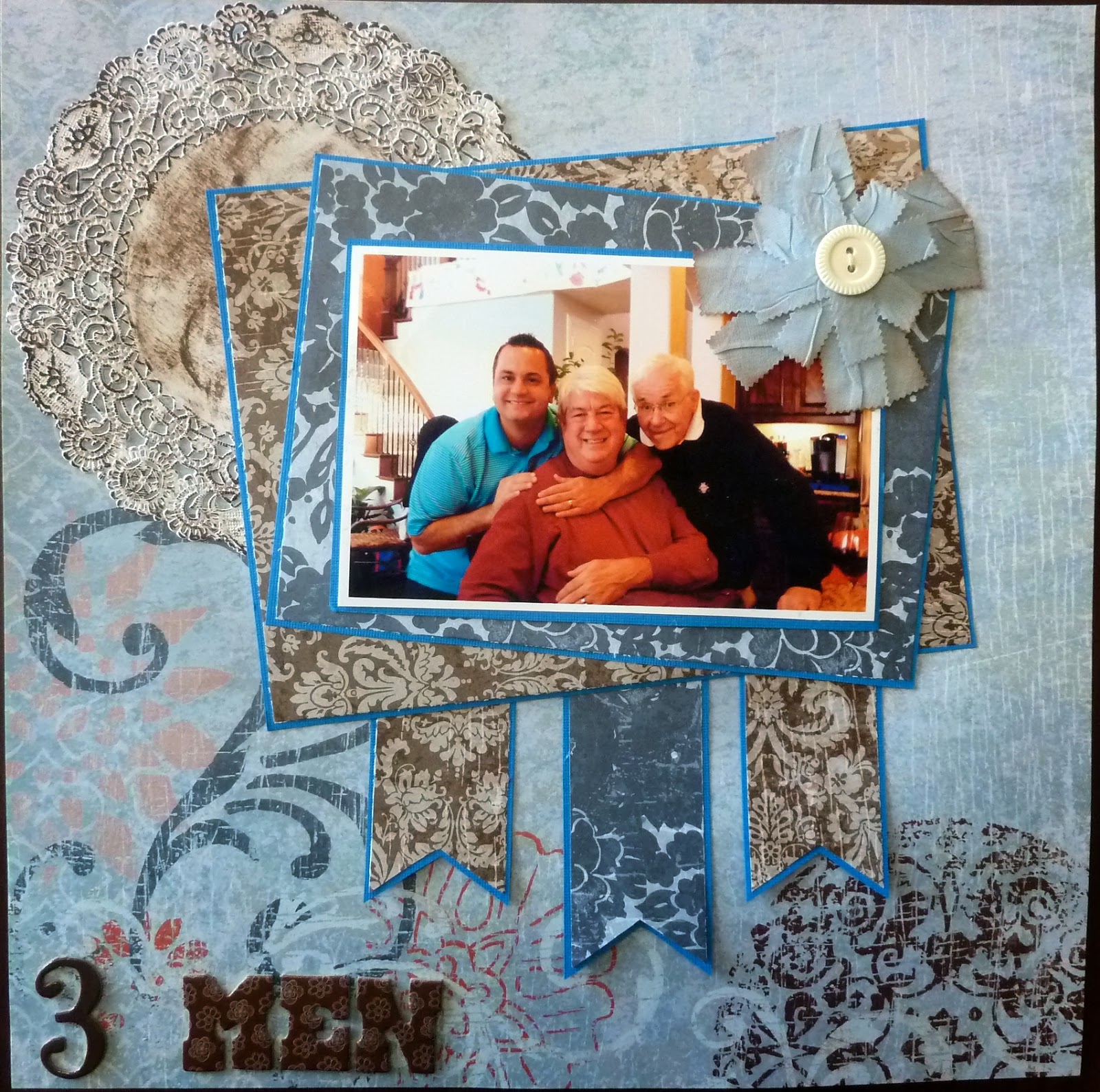 I bought a new paper stack last week at Hobby Lobby,  it's from Paper Studio and called Deja Blue,   I was really drawn to all the blues and browns and patterns in the stack.  I decided to try it today using week 3 sketch at Let's Get Sketchy.       I tried to mirror the brown partial circle at the bottom right that was part of the patterned paper with a doily in the top left,  I just patted some brown ink all over it, so it wasn't such a stark white.   Then I just cut my 3 banners from the same patterned papers that I used a matting behind my picture.    To make everything stand out just a bit, I also did a very thin matting with a blue card stock around the 2 mats, the picture and the banners.    Some brown thickers for my title and a dusty blue cloth flower for an embellishment and viola I have a completed layout.    Here is the sketch.   I'll be using it again.     Plus the bonus of the sketch and because I love banners so much I get to also put this layout over at Southern Girls Challenge    Check it out    HERE
They have a great challenge just announced called Swinging in the Breeze to use banners and pennants on your project and you can use them on a layout or a card.    So I used them here on the layout.   I just love the look of these banners and how I don't have them glued all the way down, the ends are just that "swinging in the breeze" 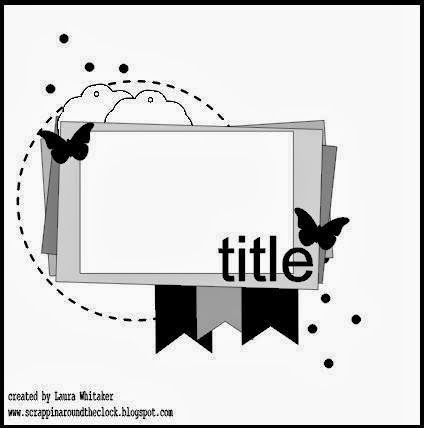 Posted by Barbara Greenberg at 3:59 PM