You Are My Best Friend 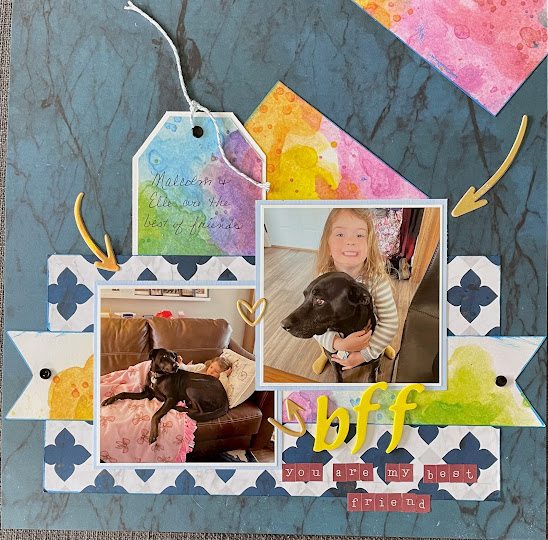 Elle has three dogs in her family and she takes turns treating them as her #1 friend, lately it has been Malcolm that is always by her.   The picture on left was one day she had a stomach bug and Malcolm stayed right by her while she spent the day resting on the couch.   The other picture was after Malcolm had stayed at another house while they were busy doing some work on the house and it was easier without the dogs around, so Malcolm got a lot of hugs when he came home that evening.

I used the April 15th sketch challenge at  "SCRAP OUR STASH"  along with using the sketch  you had to be sure and use an arrow as an embellishment, I added 3 gold puffy sticker arrows. 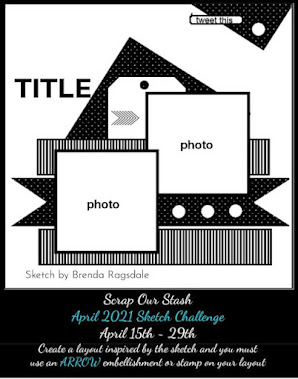 Posted by Barbara Greenberg at 1:24 PM