I Will Always Love You 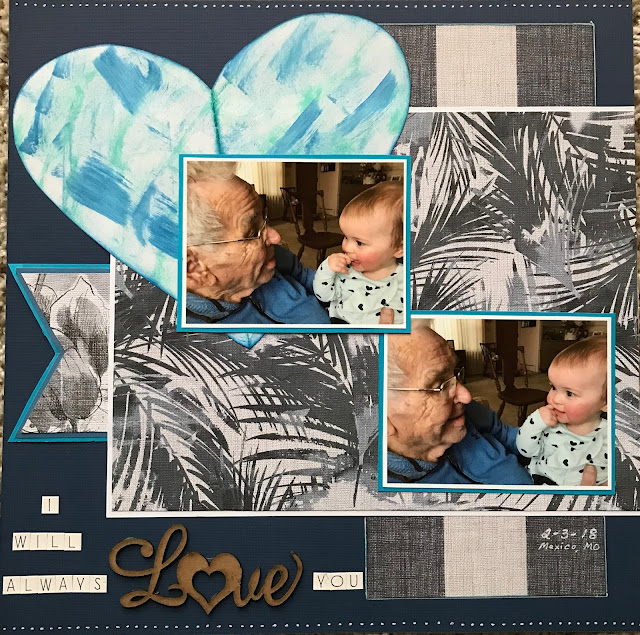 Seeing picture of my granddaughter with my Dad, her great grandfather, always makes me smile.
These were no exception to that.  I always new my daughter from a newborn to today had a very special bond with her Papa, but now seeing her daughter with Papa the bond had grown so much.
We joke that I was always Dad's #1 girl, then it became Leslie and now it's Elle, so I have moved to #3.   All worth it to see these smiles.

I am entering this layout at the "SCRAPPY FRIENDS CHALLENGES"  for February.

I used the sketch at  "ROCHELLE SPEARS BLOG"  and I combined that sketch with
"GRAND DIVA'S BLOG" and the this month in history.   I used prompt #4

#4 ~ February 28 1968 ~ The first Grammy Awards was held.
Create a layout and for your title you must use the
title of any song
from any year awarded the
Grammy for Song of the Year

For my title I have  "I Will Always Love You"   by Whitney Houston, the Grammy winning song of the year in 1994, and it was perfect for this picture.   That song came to mind immediately.

Here ar the links for both

"THROUGH THE EYES OF ROCHELLE SPEARS SCRAPBOOKING" 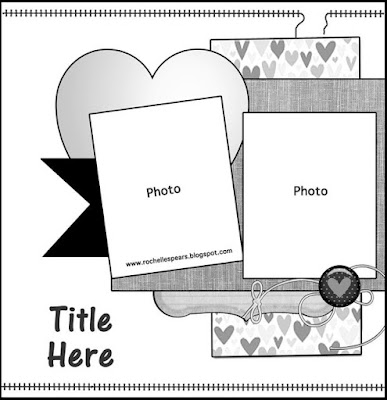 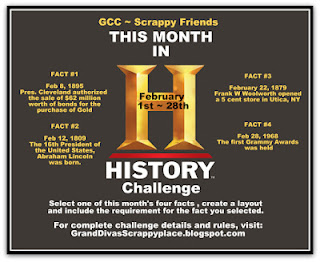 THE CHALLENGE:
Select one of the history facts below, create a layout and include the challenge requirement
listed below the fact that you select.
#1 ~ February 8, 1895 - President Grover Cleveland authorized the selling of $62 million worth of bonds to J.P. Morgan in exchange for gold purchased from foreign investors, saving the Treasury from disaster.
Create a layout and you must add
GOLD paper and/or embellishments.

#2 ~ February 12, 1809 ~ The 16th President of the United States, Abraham Lincoln was born.
Create a layout about a
newborn baby
and you must include a
heart embellishment and/or heart patterned paper.

#3 ~ February 22, 1879 ~ F.W. Woolworth opens "The Great Five Cent Store" in Utica, NY.
It failed in six months, but the second store he opened in June of the
same year seemed to catch on.
Create a layout and you must use
5 or more different types of embellishments
and/or
5 or more different patterned papers.


#4 ~ February 28 1968 ~ The first Grammy Awards was held.
Create a layout and for your title you must use the
title of any song
from any year awarded the
Grammy for Song of the Year
Posted by Barbara Greenberg at 2:29 PM